Influx welcomes Tina Ngo on board as VP of Products

Harish Anand Thilakan (HAT) narrates how they met and he convinced her to get on board Team Influx! # 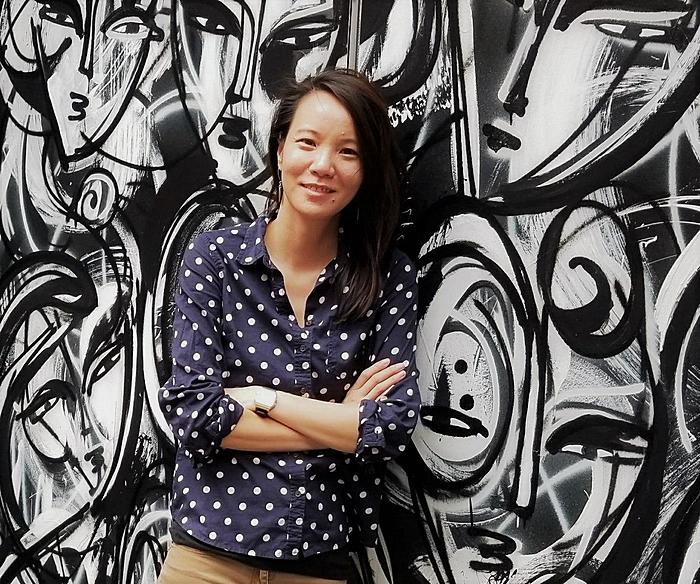 A lot of you often react with varying emotions to all of my travels. While some of you display pure pity for as you know, traveling (like I do) isn’t fun, others usually marvel or are even openly envious for the miles I manage to rack up.

So while meetings or events generally fill up most of my travel days, what exactly do I do in the evenings or nights? I generally tend to open up Tinder or Bumble to discover fun people to hang out with at fun places in the city I am in, generally aided by Yelp (US) or Google (rest of the world). Okay, no, that stopped in 2013 :-)

What I really do is try and attend networking events that I discover on meetup.com. I generally gravitate towards startup, technology or design related events and love chatting up the attendees to get a flavor of the “scene” in the city. It was back in May 2018 at one such Friday event in Dallas when I met Tina Ngo. Coming in as a senior program and product person at American Airlines, she clearly had a lot of people’s attention. Folks wanted to know how things worked at AA, how the work culture was, yada yada, all leading up to finding out how they could snag a role at the airline. 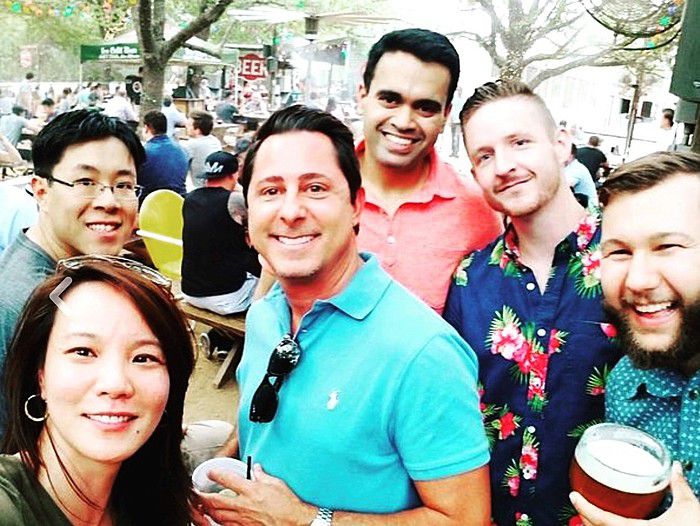 As someone for whom that was not an option, I took the opportunity to talk to Tina to get an understanding about the Dallas tech scene, emerging local tech trends, social scene, etc. I was also amazed to learn of her skills as an artist and her side-gig, Tina Ngo Designs - her work honestly blew my mind. We got chatty and ended up meeting at another networking event the next day (which was nowhere as fun or well attended as the first one) and spent more time talking about work and life in general.

By this time, I was beginning to see what a real, thoroughbred product person looks like. Given India still - back then and today (sorry, paywall!) - was yet to see a proliferation of real product managers, my interest was piqued and my mind, like it always does, was making plans to see how I could attract her to consider becoming a part of Influx; at this point there was no real role or fit for her but my belief in the Bus Theory was pushing me to try and see if there could be an opportunity.

So I texted Tina again on Saturday night to see if she’d be free to catch up on Sunday. I’d clearly established by then that a, I was married and b, I wasn’t a creep, which probably explained why she did agree to meet me for what was my first taste of the famed Dallas Sunday brunch. At brunch, I took the chance to dive a little deeper into my aspirations for Influx and the cinema industry. I knew I had started well when she commented that, “it sounds like a fun place to work!”. In the next sixty minutes as we finished brunch and she drove me to my Airbnb, we discussed logistics, modalities and of course, the uneasy truth that we could never afford her! We promised to stay in touch and see where things led.

Unlike the typical “let’s stay in touch” parting comments, we actually did stay in touch on a semi-regular basis.

April 2019 and after the dust had settled from a super-successful CinemaCon for team Influx, we gathered in Dallas to do a team debrief before each of us flew back to our respective homes. Danny was kind enough to throw us a soiree at his place and I went ahead and invited Tina to join the fun. She spent time hanging out with the chaps and we gave her a first-hand feel of what the leadership team at Influx looks like and how we work together. Needless to say, I was trying to make an impression, especially as in the ten-odd months since I’d met Tina last, we’d now actually got a product roadmap in place and had just announced the first product at CinemaCon in addition to setting up our physical office in the city. 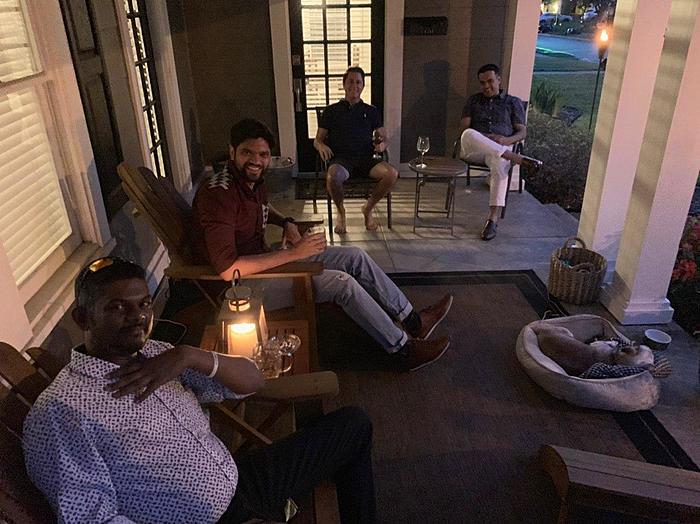 Before leaving Dallas, Tina and I spoke again and she let me know that she was leaving American Airlines and interviewing at Hilton Worldwide. She spoke excitedly about her new role, the sixth round of interviews she’d just cleared (out of an eventual nine!) and also brainstormed salary negotiations with me. It was at this point that I realized that we were a long way away from actually being able to afford her, and thus put my dreams of getting her on-board, to rest.

In the next few months, we kept talking as I checked in to see how she was coming along at her new role and learnt that things weren’t quite going per plan. She sounded burnt out and believed that she’d reached the point where she wanted to work in a younger, faster-paced environment than she had been in her past roles.

October 2019, I was back in Dallas, armed with the news that I was going to be moving to Dallas myself in Jan 2020 and with that, we sealed the deal. Needless to say, she took a generous pay-cut (much like most else on the Influx leadership team) in exchange for a piece of the larger dream. The only condition I had for her was that she try and find more time to devote to her art business, in parallel to all the fun she’d have at Influx!

Starting off on January 5, 2020, Tina, as Vice President of Products at Influx and Infinity, is responsible for driving our various product portfolios across functions including (but not limited to!) product planning, road-mapping, user-journey mapping, release planning, strategy and liaising with engineering, implementation and customers alike. In the few weeks I’ve had the chance to share an office with her, I’ve learnt more about management and product development than I ever could’ve thought I’d learn!

Immediately on her plate is bringing Infinity, our subscription platform and service to life in the Summer of 2020. Like the rest of the team in the Dallas office, Tina as well would get her first-hand taste of India and the rest of the Influx team in the coming few days. Follow her shenanigans on social media (Instagram | LinkedIn) as she voraciously documents her life and times.

I’m super excited to have you on board, Tina. Together, L3tsbuildgr8!

Harish Anand Thilakan This is the first of Harish’s 4-part series on the dynamics that propel Influx. If you are someone who works at Influx, you’ve probably wondered what inspired the recruiting of the person sitting next to you. If you... Continue →