This is the first of Harish’s 4-part series on the dynamics that propel Influx.

If you are someone who works at Influx, you’ve probably wondered what inspired the recruiting of the person sitting next to you. If you’re an outsider following Influx associates on LinkedIn, you might be taken with the difference in the profiles of people who claim to belong at Influx. So I decided to open up about what guides me, and the decision-makers working alongside me, when it comes to on-boarding.

Inspired by one of the earliest lessons in Jim Collins’ book, Good to Great, I am a huge believer of the Bus Theory. The theory states that it is extremely critical for organisations to get the right people on the bus. It doesn’t matter if there’s a pre-defined role or “opening” for a particular person or position. If you encounter someone who you believe checks certain boxes, get that person on the bus. Along the journey, you’ll figure out what they will do, who they will report to, their KRAs, etc. I firmly believe that when the best possible people are on the bus, great things will happen.

Equally important is getting the wrong people off the bus. The worst thing you can do to some of the good/great people in your organisation is to have not just bad, but even mediocre people sit next to them. It is thus imperative that we maintain a very low threshold for mediocrity and, in doing so, make Influx a great place to work for the great guys.

Of course, each of us who is empowered to on-board is learning by the day. We do make mistakes. I remember one time in 2014-15 when I decided to on-board a maverick ‘dude’ who was born and brought up in the States and had recently moved to live with his grandparents in Chennai. He was a video editor and I wanted him on board to create video content. The guy turned out to have more yo than go and was soon asked to go!

Part of the learning curve. With time, we’ve learnt to defog the lens of how we look at someone who is deserving of a seat on the bus and can only hope that it eventually makes for a memorable journey.

L3tsbuildgr8 — or Let’s Build Great in nerd-speak — is a motto we adopted earlier this year. It is our commitment to outperform and push the boundaries of what we are usually, or contractually, expected to perform or deliver. The doctrine does not just apply to the one-off moment when you’re expected to shine through or rise to the occasion - it is a guiding star in the continuum of how you spend every single moment at work. If there is a single moment when you’re not inspired to build great, then you’re either not right for us or we’re not right for you.

A classic example of a L3tsbuildgr8 moment was recently showcased by our Android superstar, Hardik Goswami. Four hours before a pitch, one of us decides that we want to showcase our ability to build chatbots to the client. Up until this point, we had only built chatbots for cinema ticketing. We had not built anything transactional to support the B2C sale of insurance. So, with under four hours to go, I ask Hardik if a chatbot for insurance would be possible. He never said, “No”, but perhaps we were asking for bit much.

Mid-way through our pitch to the client, we are stunned to receive a video of an insurance sales chatbot demo that Hardik purposed for the cause of our pitch! Cut to three months later: we won that business! Did we win the mandate to build the chatbot? No. But it showed that we were willing to be edgy and go beyond what is demanded by the client. And that, I am certain, added to our tally of points when it was decision-time.

This is just one of many such remarkable L3tsbuildgr8 moments that make up our every-days at Influx.

If you think you deserve a seat on the bus and are willing to build great with us, feel free to write in at careers@influx.co.in. We’ll be happy to chat.

With an internal resolution to rediscover the art of playing board games, Monopoly Deal was crowned Influx’s official game. The runner up, Codenames, was drafted into our recruitment toolkit. From September 2017, key-hires play a round of the game with one of our Codenames experts.

The game requires you to — within 30 seconds — come up with one word, and only one word, followed by a number, that prompts your team member sitting across you. Staring at a 5x5 grid of English words, this team member will have to guess as many words on the grid that he/she believes are related to the one-word hint you’ve thrown out. It is a great, fast-paced game that requires you to be smart, witty, creative, and able to think on the spot. 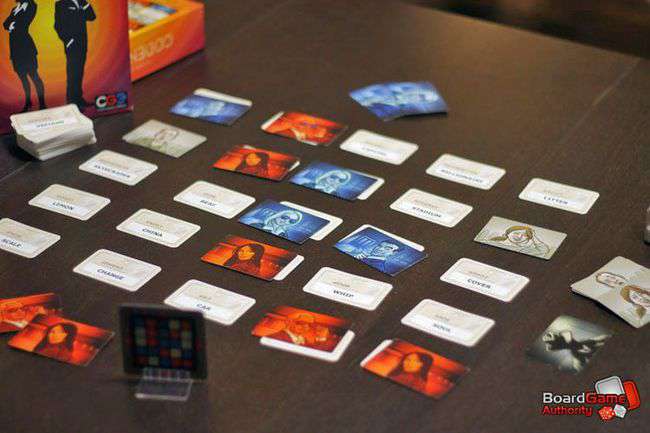 So, there you have it. The next time you come across an Influxian, ask him or her for their seat number on the bus or challenge them to a game of Monopoly Deal or Codenames.

Harish Anand Thilakan is the Founder and Managing Director of Influx. His journey as an entrepreneur began twelve years ago, when he was still in school. When his parents would have preferred him to be studying. He says he learnt by trial and error, but we believe it’s more than that. Above are some of his answers to the oft-repeated questions about how he steered Influx to where it stands tall today.

Home. But not alone

| Daniel Anandaraj Garnipudi | - @dodosamuel So, unless you have been under a rock or at a silent retreat for a while, you do know that the world is going through a medical crisis right? I’m not even going to talk about that. Rather, I... Continue →