Unlimited Movie Pass: Why every cinema must offer one 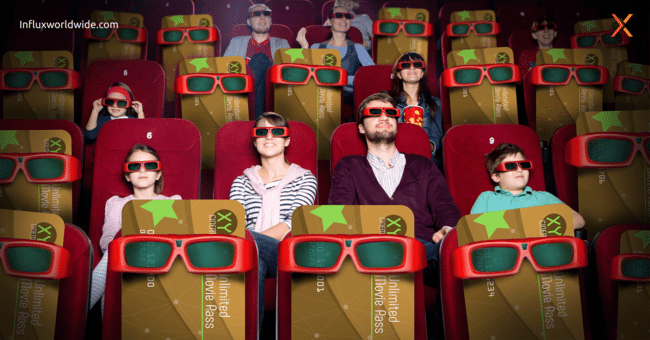 I recently went to watch Thor-Ragnarok on the first day of its release at a cinema theatre. Being a Superhero movie fan, I expected to see a packed house, with a comic-con atmosphere and the Avengers jumping in. Okay… that’s a bit of an exaggeration, but you get the idea, right?

However, to my lack of surprise, the cinema was only 20% full. The movie is awesome and bringing in a whole lot of money, but the 80%-empty number isn’t very appealing. 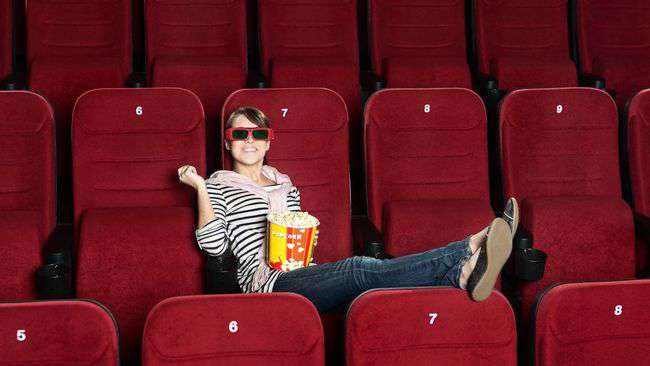 Today, we’ve the couch-potato syndrome with Netflix, Amazon Prime, YouTube and a million television channels scraping our attention. It’s difficult enough to get people to hit cinema halls, and the thought of spending $50-$70 per movie (including the astonishing F&B prices) is a complete turn-off. Hence, moviegoers typically wait for one good movie they want to watch, or just wait for the movies to show on Netflix and gang; not to forget torrents + piracy.

Increasingly, cinemas are also finding it difficult to differentiate themselves. I could have watched Thor at any cinema, without it making much of a difference to me. After all, all of them show the very same blockbuster-material movies in 3D, 4DX, IMAX, and not to forget, basic 2D. All of them have comfortable seating and unlimited supply/choices for F&B.

Why would any moviegoer be loyal to a particular cinema-chain? I do believe exceptional quality of service plays a massive role, but let’s be frank; maintaining that level isn’t everyone’s bucket of popcorn.

So, how do cinemas tackle competition, increase cinema occupancy, and make it worthwhile for moviegoers to visit cinemas more frequently?

As the name suggests, an unlimited movie pass/card gives moviegoers the ability to watch an unlimited number of movies. Reel Cinemas, a chain based in Dubai, UAE (it also has a multiplex in The Dubai Mall, the world’s largest mall), recently launched the Middle East’s first Unlimited Movie Pass program, proudly built by us at Influx. Our take? It’s a step in the right direction! :)

Cinemas will never die as long as there’s innovation

Movie Pass, launched by one of Netflix’s co-founders, allows moviegoers to watch unlimited movies in about 90% of US cinema-chains for under $10 a month. If only chains like AMC Theaters, with over 6000 screens in the US alone, launched their own Unlimited program, it would benefit the theater-chain immensely.

There are similar concepts run by Carnival Cinemas in India, and Cineworld, Odeon and Vue Cinemas in UK/Europe.

Obviously, each of the above come with its own set of Terms & Conditions (eg.: 2D movies only, upsell 3D, IMAX movies). Clearly, in all cases, the numbers are heavily skewed towards moviegoers. Usually, for the cost of one or two tickets, you’re given a pass to watch an unlimited number of movies per month. How neat is that?

The unlimited model helps build loyalty. Yes, there are other loyalty models (redeem points for tickets, buy-5-get-1-free, etc.), but none of them have the power of unlimited visits. This access ensures a user will not go to another cinema — why should he/she? You’ve just told the moviegoer, “May the force be with you!”

I used the Cineworld Unlimited card for the longest time when I lived in London and, obviously, I was oblivious to the presence of other cinema chains. I got five other friends of mine hooked on to the same card!

More occupancy = higher F&B sales. We all know that’s where the money lies. The margins on popcorn and nachos are pretty much over the rainbow so high. :) More than enough to offset the risk of providing an unlimited card as a program.

More audience = more advertising. WIth higher footfall, cinemas are in a much stronger position to get better sponsorships and much better advertising revenue. Feel free to call the card Coke Movie Pass by ABC Cinemas.

With a loyal, dedicated stream of patrons, the fixed revenues can be forecasted rather accurately. Cinemas can choose to charge on monthly, quarterly or yearly basis. When moviegoers hear about the unlimited card, they’re thinking, “Shut up and take my money!”

In most cases, moviegoers don’t have the time to go to the movies as often as they would want to go. Remember those yearly gym-memberships you signed up for and only went for a month? This is exactly that. :)

If it’s that awesome, why aren’t all cinemas adopting the unlimited pass program? # 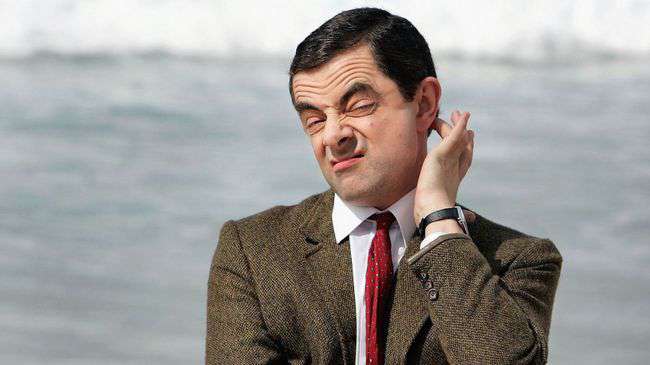 For the uninitiated, the cinemas pay a majority of the amount they earn on tickets to movie distributors. For example, if a movie ticket costs $10, the distributor gets the lion’s share of $6 to $8, leaving the cinema with about $2 to $4 for themselves. (Now you know why popcorn is so expensive at the cinemas.) Hence, the cinemas fear losing money if they launch an unlimited pass program.

Having said this, the cinemas are not taking other aspects such as increased F&B sales, loyalty, advertising potential,etc., into consideration. The rationale is clearly defined in the Benefits I have written of above. The cinemas might lose a few bucks on a few customers who might watch movies more than two or three times a month, but the same cinemas will gain with all the F&B spend these customers incur.

It’s time cinemas try to fight back on getting hold of a viewer’s attention, not just for blockbuster movies like Star Wars or Avengers but also for small movies like The Big Sick. And the Unlimited Movie Pass is the way forward. Don’t Netflix and Amazon Prime offer unlimited content for a fixed price?

Influx Worldwide, a digital tech company specializing in cinemas, recently built an Unlimited Movie Pass for Reel Cinemas in Dubai. The solution — delivered in a record span of one month — includes architecting the complete solution, together with the membership module, detailed analytics/reports on usage patterns, integrating with the cinema management software powered by Vista, redemption of the movie pass, and more.

We’ve worked with over twenty cinemas till date, building websites, mobile apps, kiosks, and other tech solutions for them.

Please share your comments on our Facebook, Twitter and LinkedIn pages if you thought this is as good as Captain America: Civil War, or as trashy as Batman vs Superman.

Amit Mehta is Business Head at Influx, based in Dubai. With over twelve years of marketing and business-development experience across Europe, Middle East and India, Amit manages market growth of global cinemas for Influx. Touch base with him for a chat about movies, tech, and unicorns.

Our Values - What we look for in an Influxian

| Daniel Anandaraj Garnipudi | - @dodosamuel The other day, Harish and I were talking to a new associate who had joined us recently. We got around to discussing the values we see as important in an Influxian. With our strategic plans... Continue →