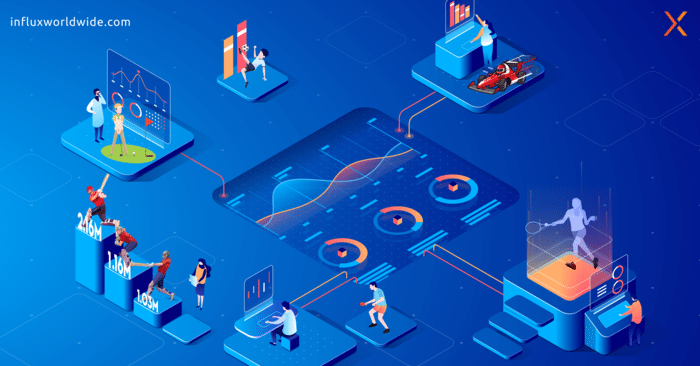 Virat Kohli’s average impact against the seamers is 2.16m away from his stumps in the current series against Australia, which is the most by any visiting batsman ever in an Australian Test series.

Lionel Messi has 14 goals and 10 assists this season which is the highest in all leagues in Europe despite him missing more than a month of football.

These are just a few intriguing statistics — amongst a whole lot of other statistics — that I have read this past week.

Statistics has been a key element of modern-day sports for over the past twenty years. It has not only become an integral part of strategy but has also enhanced the viewer- and engagement-experience of sports fans. Being a keen observer of sports myself, I have always sought to understand the intricacies of a sport from the statistics that accrue over weeks and seasons. Analysing those statistics allows for a better acumen to determine which players are better than others or what the best strategy might be against a certain team. Thereby, bringing the fan and the sport closer.

The year 2003 was when the revolution in sports started. Moneyball, a chronicle of the Oakland A’s groundbreaking analytical approach to player-evaluation, was published by Michael Lewis. Moneyball truly revolutionised baseball. Eventually, some or all of the concepts that Lewis outlined were adopted by every team in the majors. Its widespread success and usage led to the use of the term “Moneyball” to describe a statistical analysis-based approach in all sports.

The varied use of statistics and its analysis has only exponentially increased year on year. Despite its obvious benefits, some old-fashioned trainers lamented this technification of sport. There was no issue of acceptance though with respect to the new generation of sports-theorists, who range from economists to fans of an analytical bent.

The fact that sport has moved in this direction has opened up so many new viewing and engagement experiences. For instance, sport and fantasy sport are inextricable. There are over 6.5 million players alone, playing Fantasy Premier League (FPL) which is the official fantasy game of the English Premier League. Similarly, there are a vast number of sport fans playing their respective fantasy games and their various variants.

The beauty of this sort of engagement is that it only leads fans to dive deeper into more statistics. This further leads them to follow the sport closer than they normally would. All coverage of any sport employs statistics and comparisons extensively, feeding fan-discussions and their engagement on various social media platforms.

Where the money is at #

Betting and wagers have always existed since the inception of sports. With greater access to more precise predictions based on analyzing various parameters to predict outcomes, the average fan’s propensity to bet has increased vastly. On an average, a betting website provides 134 different markets a fan can bet on for one tennis match!! The enormity of the betting industry and the sheer number of outcomes in various sports is definitely the result of the influx of statistics in brobdingnagian proportions.

The current culture in sports and its future lies in statistics and the various ways in which it can be used to ensure that a sport evolves over time. On joining Influx, it only made sense to focus on this aspect of sports and ensure that we come up with exciting and game-changing ways of using these numbers to revolutionise a sport in terms of how it is played and how it is being watched. Although it is very clear that sports fans are like no other “customers”, the sports business has had a hard time differentiating between the two and ends up treating fans like customers.

Without giving too much away, Influx Sports’ prime goal is to give the fan exactly what he wants. Being someone who has always been passionate about sport and numbers, it gets me all excited that I am working on a project that allows me to transpose the positive takeaways of one passion onto the other.

I am hoping this sneak-peek hints at what Influx Sports encapsulates. And has you excited and curious about how the world of sports has evolved. I can assure you the wait will not be too long. Currently, we are at half-time and have created a lot of chances, taken a lot of shots and made a few saves.

See you at full-time!!

Gopinath Premnath is a Business Analyst at Influx. He is a certified auditor who decided to follow his true passion — sports. He went on to acquire a master’s degree in sports management. A sports technology enthusiast and fantasy-football pundit, Gopi has played badminton at the national level in four tournaments.

by Priyanka S Peter Van Geit needs no introduction. The founder of Chennai Trekking Club (CTC), this Belgian, made ‘Namma’ Chennai his home for almost two decades. Falling in love with this metro as well as the country’s iridescent... Continue →