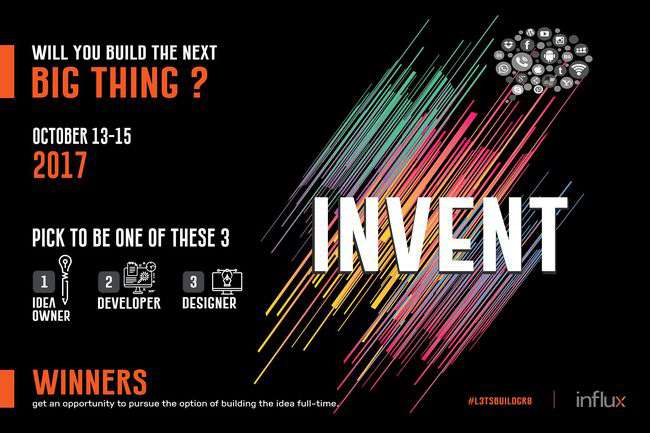 On 13 October 2017, we kicked off our first ever three-day hackathon — Invent.

This non-stop, 48-hour Hackathon began with thirty one of our associates pitching their ideas to a panel of entrepreneurs. The panel chose four of the best ideas. Before the weekend was done, each team had to present a working prototype of the idea that was developed right here. The winning team would be provided with all the marketing support and mentoring that would be required to take the idea to the market.

Once the ideas were shortlisted, the associates got to choose which of them they would like to build on and form teams of three to eight people.

Why the Invent hackathon?

At Influx, we consider it vital to encourage cross-functional interaction and get everyone together to bond as a team. I am not even going to get into why we decided on calling our hackathon Invent because I can already see you all rolling your eyes as you read. :D

Much planning went into organising the Influx hackathon. We carefully laid out a schedule for Invent and decided how we would take the event forward. Here are the key selling points:

While deciding on the reward for the winning team, we didn’t forget what our objectives for the event were; our aim was to encourage entrepreneurial spirit and team-work. So no iPads and iPhones for the winning team. The team with the best working prototype would be awarded three days of paid leave in a month to develop their idea. Influx would provide all the infrastructure and marketing support to take it to the right audience.

Initially, the number of entries that came in were very few and not many of the associates had processed the opportunity that was in front of them. With just a few more days to go for the hackathon, our founder, Harish Anand Thilakan, spoke to our associates about Invent and what it had to offer.

Suffice to say, the associates saw the opportunity before them and went for it. The excitement built up so much that the people submitting their ideas were threatening me to keep the form open beyond the closing time. By the time I did close the form for entries, 31 Influxians had signed on with a total of 51 ideas.

The key here, like HAT says, “… is not just about communicating the idea, it is about how we induce motivation.”

Each person who submitted ideas had two minutes to pitch it to the panel of judges. 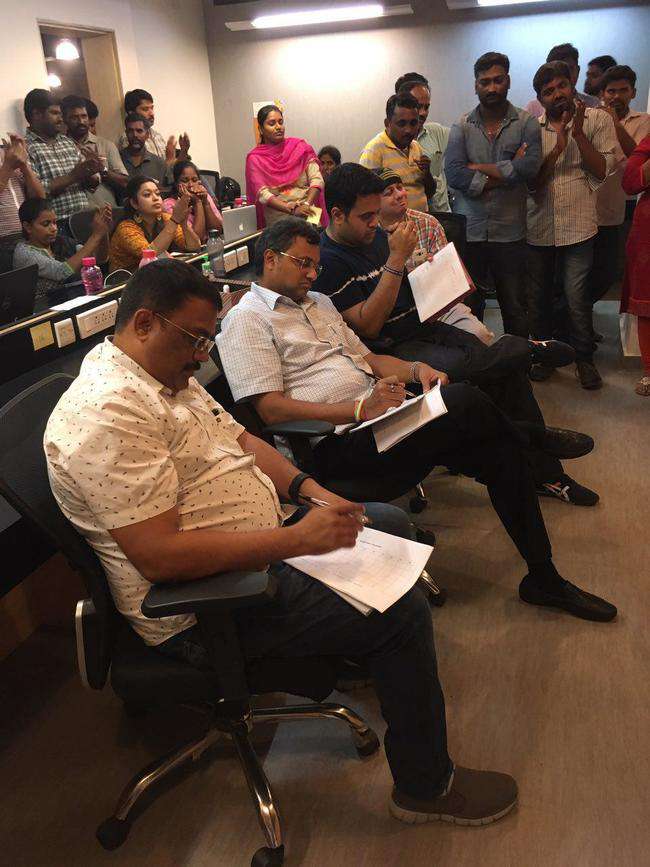 The four shortlisted ideas for the finals were — Anony, Local Sabha, Citizen’s Voice (a social app including four different functions) and Cash4Reviews. 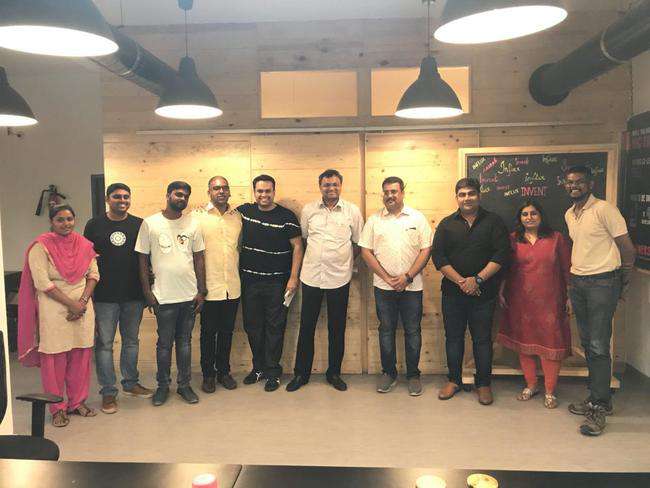 We did not have any hard start or stop time for coding. It was up to the associates to plan what they did within the 48 hours they had.

The event went right on schedule and the air in the office was electric with enthusiasm. The energy on those two days was incredible with people in serious discussions, having mini panic attacks (did I say panic attacks? I meant beer. Drinking beer :P) and impromptu jamming sessions to ease the tension. 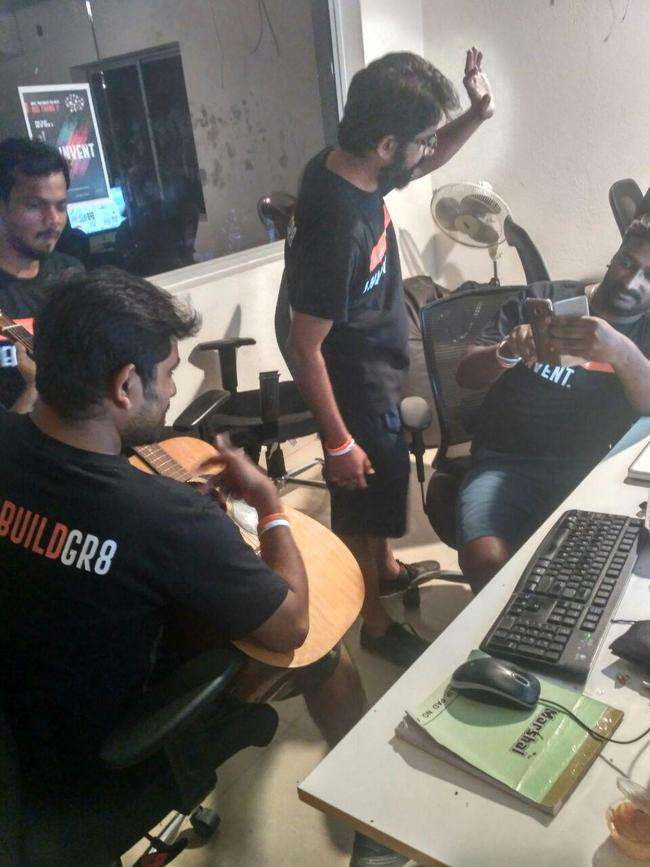 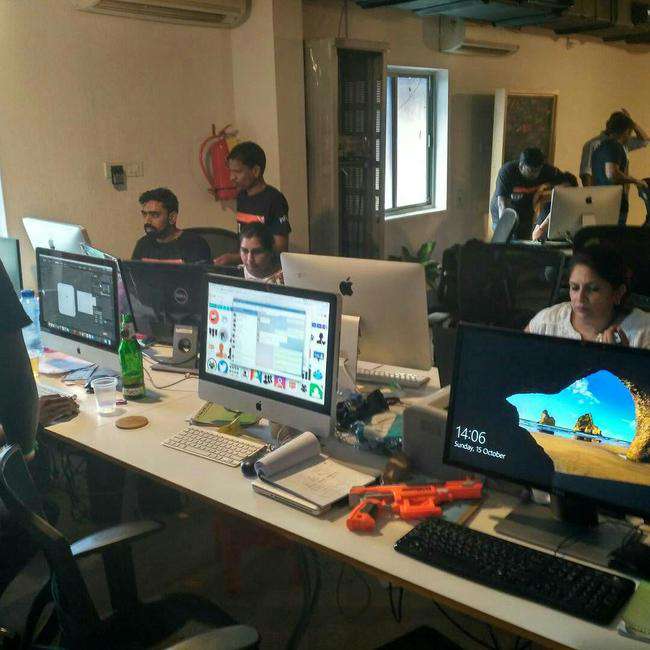 We had advisers come in on Saturday — Mr Fahim Ahmed, Founder of BYT Digital made time in his busy schedule to come over to offer his inputs and egg our participants on towards the finish line. HAT, of course, was in and out of the office with his sage advice and special brand of witticisms. 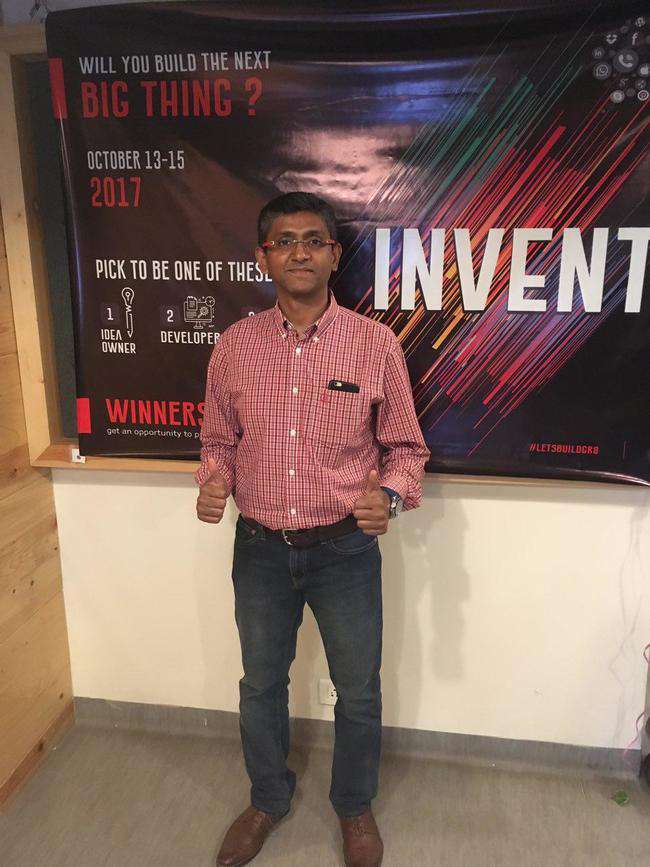 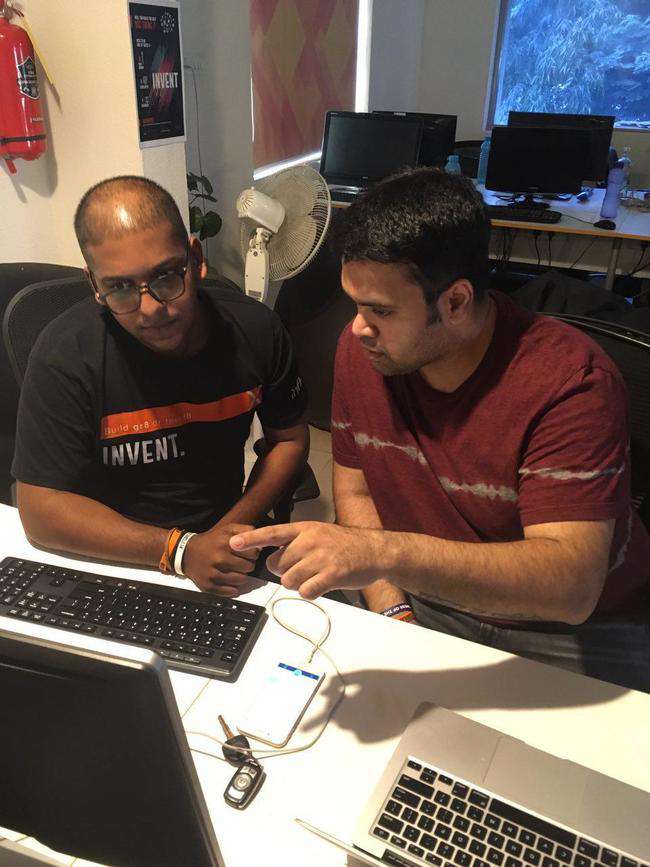 The two days went on with a lot of beer and biryani, and the fattest and cheesiest pizzas from The Fat Boy. We were being healthy too you know, we had fruit for munchies. :D 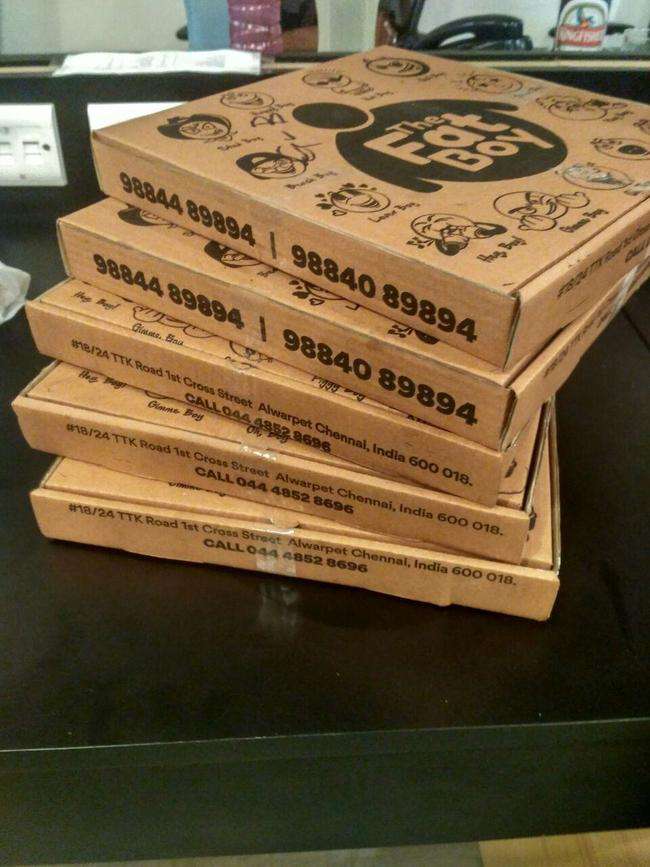 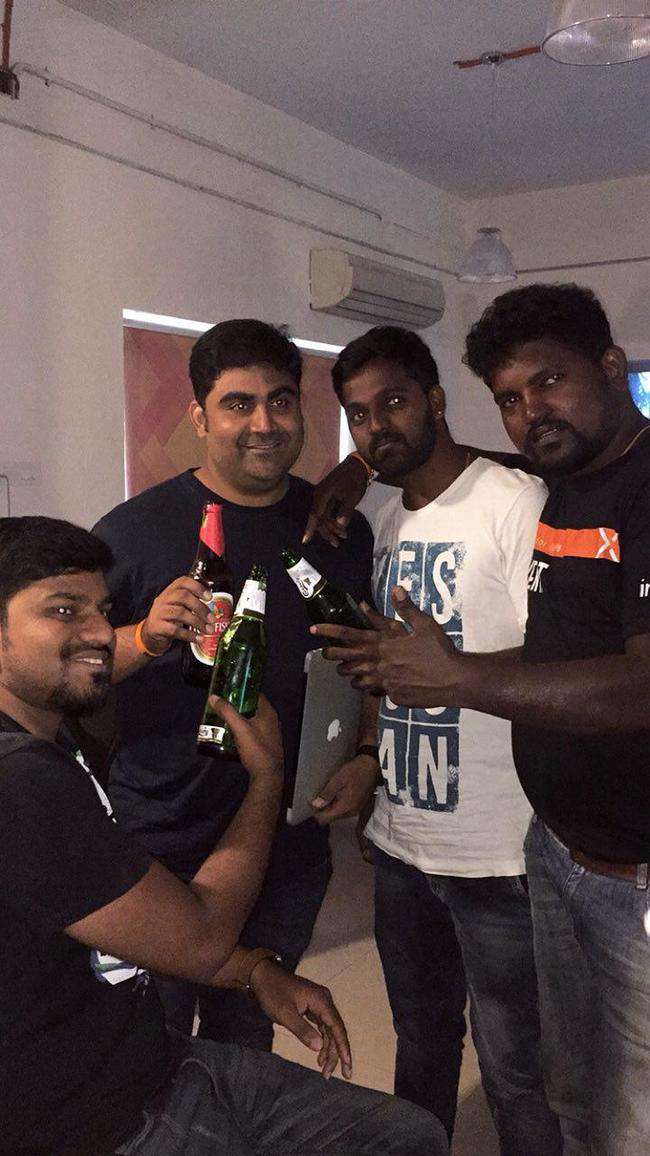 After working for two days straight, the teams were right on time, their prototypes and presentations ready even before 6:00 p.m on Sunday (I can say this is every organiser’s dream).

Then, it was time for their final presentations to the panel. Here are a few short clips from each team’s presentation: 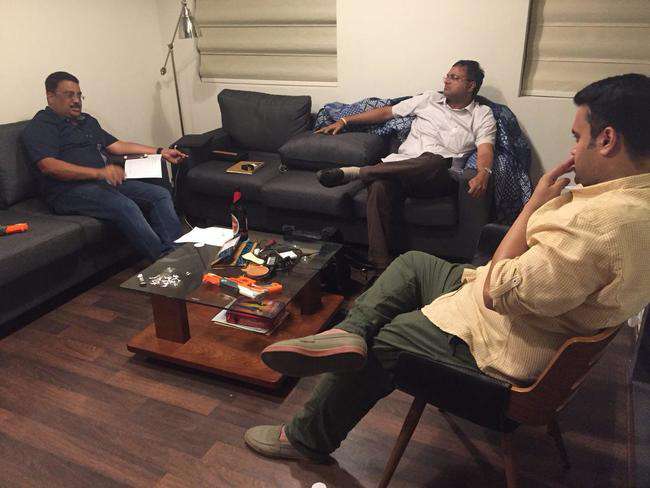 (Panel of judges deliberating over who could be the winner)

Our panel of judges couldn’t fix on just one winner, so they went with two. The winners of Invent, our first ever hackathon, were Team Anony — a secret messaging app, and Team Local Sabha — a vernacular content app. 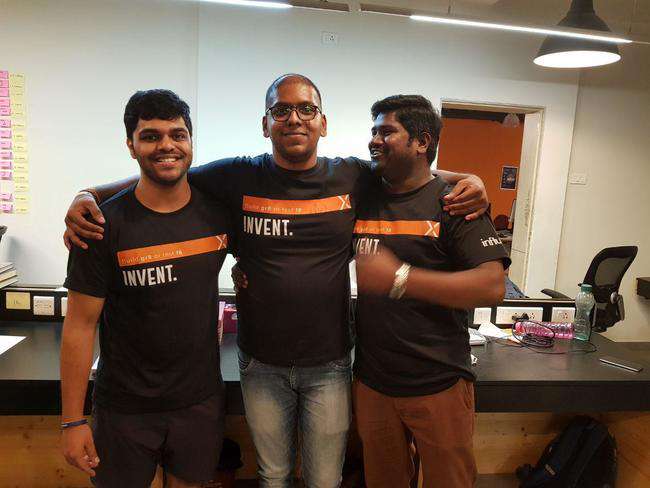 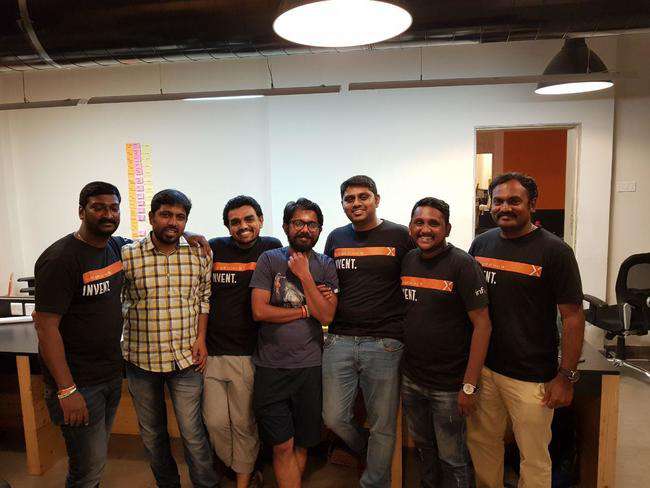 There were so many takeaways from the event — good and not-so-good. The entire event went on smoothly because of the amazing cooperation and understanding from the associates. Through the event, we had everyone team up and spend a lot of quality time hacking on code and building their dream project. I think we can safely say now that Invent was a hit — highly productive, valuable and, most of all, fun!

Having said that, we will definitely be back with a bigger and better version of Invent.

We’d love to hear your comments on hackathons in general and Invent in particular.

Sruthi Chandrasekar is a junior marketing executive at Influx. Recently graduated from Madras Christian College, Chennai, with a degree in business administration, this vivacious and bubbling with enthusiasm young lady loves to read and research new branding concepts and topics. She currently assists with our branding exercises and video campaigns.

Influx is a cornucopia of cool ideas – not only for its clientele but also when it comes to entertaining its employees. Last Friday was no exception. Everyone was working like usual, some a little stressed to finish the work on time and... Continue →