FSF: Get rich before you are 35

Last Friday, August 1st gave everyone at Influx the opportunity to listen to investment and economics guru, Mr. Shyam Sekhar from ithought. There was no beating around the bush - we were getting a chance to listen to a man who on an average day, makes trade calls to the tune of several lakhs of rupees on behalf of scores of customers, entry level to the super rich. We wanted it straight from the horse’s mouth -

how does one get rich before 35?

Hosted by Ritika Jhaver, the originally planned 60 minute session went on for about 120 minutes and though it stretched the end of the week along by quite a bit, absolutely no one seemed to complain. 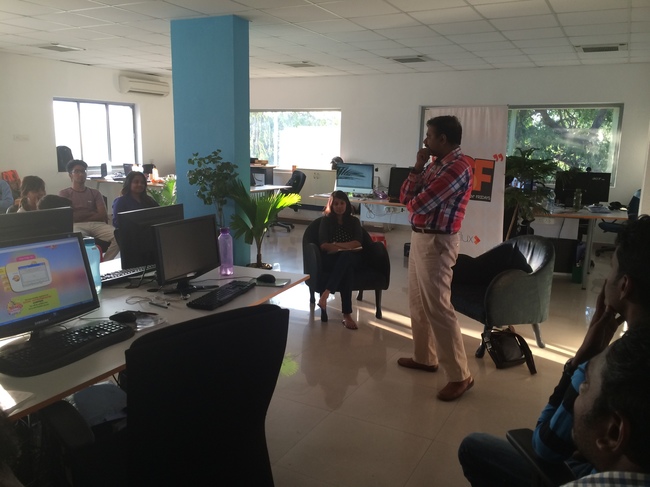 Shyam went on to urge everyone in the room to believe in India and its potential. While dismissing China’s economy as mostly mythical, he clarified that the Indian economy was the next strongest in the world and as long as companies in India made money, the equity market was destined to grow, making everyone participating in its success, rich.

Enlisting the challenges that come along with the middle years of one’s life as threats to earning, saving and investing, he stressed on the importance of each person to start investing early. It was quite heartening to see our youngest team members Adnaan and Nikhil listen intently and later approach Shyam’s assistant Ajay for further inputs.

Way forward - We propose to invite Ajay to conduct workshops at Influx depending on group goals - do you want to to build up wealth for your children’s future, do you want to fund your own wedding next year, do you want to just be rich? Let us know at connect@influx.co.in or approach Bhuvana with your interest and we’ll coordinate a session with ithought.

On behalf of everyone at Influx, the FSF team would like to thank Mr. Shyam and Ajay for being present and participating with great intent and sharing some very clear, concise insights into the world of investing.

Post by Vignesh Rajasekhar It was just another day at Influx, the usual passing hours of retainer work, accounts and ready to get married couples. Diligent designers, thundering techs, wide-eyed writers and the ever so busy business... Continue →