Influx Insider II - Who is an Influx client?

429
The number of business inquiries received through the Influx website in 2016.

47
The number of clients we engaged with. (We responded to everyone!)

At Influx, we set a very high threshold for who we work with. Call us fussy, call us high-handed, but it’s in setting the bar high that we’ve managed to stay small yet make a good impact. We even had a client refer to us as “the Louis Vuittons of the web design world!” We’ll take that.

When we started off back in 2005, the trend — and easiest ticket to success — was to set up a team of developers and become an outsourcing shop or, as the more gifted would term it, an offshore unit. Most projects flowed in from the US, Europe and the Middle East and the money was good.

However, that never appealed to me. I was convinced that there was enough of a market in India to cater to first and a certain pride in working with brands that are revered and, of course, instantly recognisable by all.

Over time, the factors that influence who we work with has not changed.

1. Thrilled to be working with #

One of the foremost factors in deciding who we work with has been the affinity we can generate within our associates. Picture this:

Abhinav works at Influx as a lead designer and has just gotten home after work. 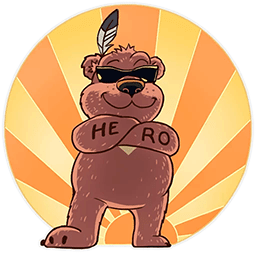 Abhinav is out catching up with friends. 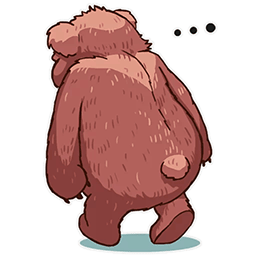 The satisfaction that Abhinav experiences when he mentions the sort of work he does to friends and family, their instant association or appreciation, and the thus-derived respect he gains are some things that no amount of money or perks can ever make up for. I have been a firm believer of this and thus striven really hard — at times, even when cash flows were really tight — to pick clients that we’re really thrilled to be working with.

There’s a huge rush in doing great work and seeing a partner usurp the current leader in a market space. We’ve had the opportunity more than once and are super proud to have delivered!

Palam was the brainchild of Jeyasree Ravi, daughter of Dr. Nalli Kuppuswamy Chetty — founder of Nalli Silks, the most popular silk saree brand in the world. Starting off as a hobby, Jeyasree decided she wanted to branch off with a brand of her own in the hugely competitive (and then declining) silk saree business. We worked with Palam on shoe-string marketing budgets and used a combination of highly innovative marketing ideas to position Palam as a brand of choice for the discerning, young, Indian, lady who was slowly forgetting the romance of wearing a silk saree. This was a segment none of the traditional Saree brands were going after.

Within five years of launch, Palam Silks was in the top five silk saree brands of the country. In its tenth year, Palam partnered with Shah Rukh Khan as saree partner for his blockbuster, Chennai Express.

Ours is a super proud relationship that has lasted the better part of 10 years now!

Another example is VOX Cinemas. Then called CineStar Cinemas, they were distant Number 2 in the Middle East cinema space, trailing the leaders, Grand Cinemas. Working closely with a super-smart marketing team who engineered a re-brand and with us putting forth our smartest cinema strategies, (combined with some good luck), we jointly built a brand and customer experience touch points that saw VOX sail past Grand to become the Number One brand of choice for cinema goers in the UAE and Lebanon. Today, VOX is a premier brand name across the Middle East!

It’s really important for us to have a meeting-of-minds with the client. Else, no matter how prestigious the brand or exciting the project, if we’re not right for each other, the project will fail.

There was this instance — one of India’s top 10 pharma companies approached us to build an app that’ll help their field agents stay updated of their targets, cheer each other, etc. We loved the idea and were really excited to pitch for it. Heart of hearts, we knew that the odds were in our favour and if we gave the pitch our everything, we’d win. However, during one of the discovery sessions with the client, we were informed that the reason this app was being built was “to gift it to the CEO on his birthday”. Needless to say, the birthday was in 29 days.

Left feeling like Mishka below, we had to pull out of contention since the project’s motivation was completely ill-founded and the project was eventually going to head south!

We do put a price tag to ourselves and our work. Initially, people thought we were crazy. At a point when websites were delivered for Rs. 50,000 ($1000 approx, 2005 FX rate), we would not take up a project under Rs. 2,00,000 or $5000 approx, 2005 FX rates). I’d even go as far as admitting that this is perhaps why we haven’t scaled up to be as big as some of our competitors in the time we’ve been around. But one thing’s for sure; we’re super proud of every single project we’ve been a part of and have a client list that makes us look good, and even better on every Influxite’s resume.

Even once we started approaching clients overseas, we were and are very clear that we’re not your “cheaper, Indian vendor”. We’re definitely going to be less expensive, maybe 70% the cost of a local vendor in the US or UK, but not 30%, as they often expect us to be.

Setting up in Dubai with these “hang-ups” wasn’t easy. Given the massive jump in costs, we were desperate for revenues. However, I stuck to our beliefs, every one of them listed above. Eighteen months hence, we’re back in familiar territory, boasting a client list of the Who’s Who of the Middle East. 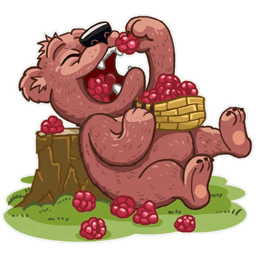 This financial year, Influx will add more than 80% to its top line from the year before. As we embark on the steepest part on our growth curve, I make it a point to reassert the above beliefs in order for all of us to stay true to them.

This company will eventually be remembered for the work that it did, rather than the money it made. And of course, the fun we had along the way. :) 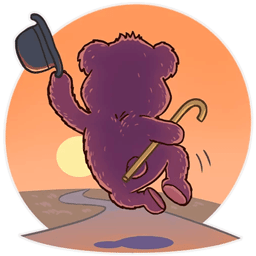 Harish Anand Thilakan is the Founder and CEO of Influx. His journey as an entrepreneur began twelve years ago, when he was still in school. When his parents would have preferred him to be studying. He says he learnt by trial and error, but we believe it’s more than that. Above are his answers to questions he is often asked about what he considers important when signing on to work for a client.

Following up from the excitement of onboarding Tina to lead our product team, our CEO, Harish Anand Thilakan (HAT), writes to welcome Mahesh Shankar as CTO of Influx. Mahesh joins us from his immediate past role as CTO of online... Continue →