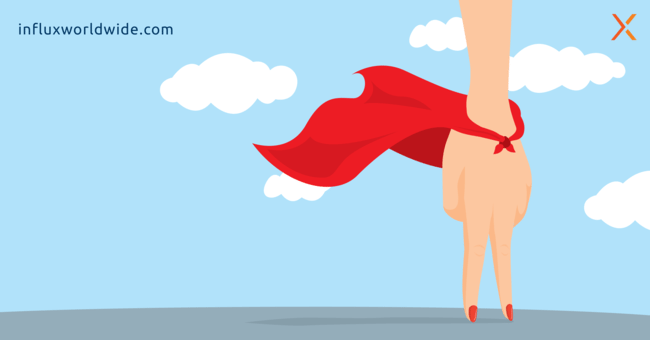 As a millennial, I witnessed the advent of ‘Social Media’ during my pre-teen years. It started small, first a Facebook account, then Instagram, and soon rose in importance in all our lives.

It made sense for brands to naturally shift their marketing efforts to platforms with growing consumer bases. Not only was it faster, less expensive and more targeted, it seemed like the best possible way to connect with the audience. After all, a majority of teenagers start and end their day by checking social media! (And many more times in between.)

With this power also comes a great responsibility for brands to send the right messages to the audience. The best advice would be not to blindly grab people’s attention for sales, but to create a genuine connect which would lead to a lasting relationship with the consumer.

In today’s world, with all the clutter on social media, there are some brands that have managed to really make a positive impact on me, through meaningful ad campaigns — ones that I look up to, that inspire me, and strengthen my respect for the brand.

Below is a list of six such ad campaigns: #

Dove released a series of ads with the aim to celebrate women as they are, and inspire them to have the confidence to be themselves.

A video as part of their campaign, that struck a chord in me is Dove Real Beauty Sketches. This message will always be relevant to women, and to the world. It made Dove memorable for me not because of any particular product that they advertised, but because they opened my eyes to the way women are apt to have distorted views of beauty. The video has a feel-good element and uplifting factor that renders it a true winner.

Always wanted to help change the thought that girls are ‘weak’, and ‘like a girl’ has a negative connotation. As studies have shown that girls’ confidence drops during puberty, Always brought to light that girls are just as strong and capable as they think they are; it’s just the perception that needs to change. Simple, yet effective, message — and always brings tears to my eyes.

P & G’s series of ‘Thank You Mom’ ads feature supportive mothers helping their children persevere through difficult times. Whether it is supporting their kids through bias over colour or religion, or encouraging them to pursue their dreams, mothers are the superheroes who must always be cherished.

Nike - Turkey released a 60-second clip featuring female athletes in Turkey who stay true to themselves and continue pursuing their love for sport and fitness regardless of traditional gender stereotypes or societal constraints. Nike hoped to inspire more women and girls to get active, and not lack confidence in their skills or feel self-conscious about their bodies.

Although this was more of a standalone ad than a campaign by Tanishq, it created waves due to its non-traditional and modern stance. Apart from the usual Indian wedding elements, it featured a dusky Indian bride, something that is very uncommon, if not unheard of in mainstream advertisements. Pretty surprising that it took so long, considering the majority of our population is darker-skinned. The bride was also a mother, and thus the ad also touched upon remarriage. Kudos to Tanishq for breaking the mould and encouraging realistic advertising.

Fun Fact: The ad was directed by Gauri Shinde, director of “English Vinglish”.

This is a more recent ad, for an amazing product — an engineering set for boys and girls that builds miniature working machines. Debbie Sterling, a Stanford engineer and founder of GoldieBlox, decided to offer more toy-choices than the Barbies and kitchen sets that are generally foisted on them. Finally, a toy company out to show the world that girls deserve more choices than dolls and princesses. “We believe that femininity is strong and girls will build the future- literally”. Iconic!

Brands should take note of this and follow an approach to advertising which goes beyond simply showcasing the product, and evoke a thoughtful response from viewers.

Avanthika Sivakumar is our Social Media Executive at Influx. She has a bachelor’s degree in business administration and a keen interest in social media, besides fashion, beauty and travel.

5 things to remember when you start your first job

| Sruthi Chandrasekar | - @sruthicha13 I was terrified when I started my first job just five days after my last undergraduate exam. Although I had previously interned at Influx a few months before, coming in as an employee felt... Continue →